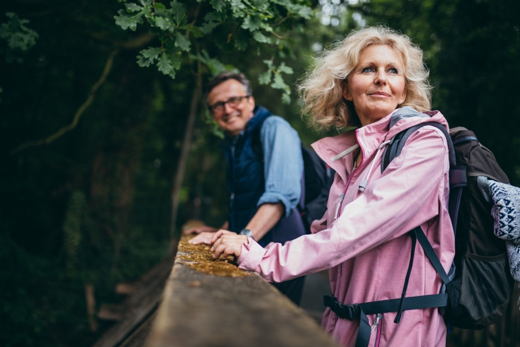 So, we’ve covered how to appeal to Millennials and Generation X—who’s next? Why, it’s the Baby Boomers, of course!

Named for being born during the post-World War II Baby Boom, Boomers hold significant purchasing power, and they’re much more involved and active than their parents were at their age. It’s important not to underestimate this generation’s effect on the market or neglect them in your company’s marketing strategy.

Baby Boomers at a Glance

Baby Boomers were born between 1946 and 1964. In 2021, that puts them between the ages of 57 to 75. Many are reaching or already well into retirement, giving them more time and money to spend, but a surprising number are still active in the workforce. Some are seeking senior care for their parents, while others are heading into assisted living themselves.

About 73 million strong, Boomers were only recently overtaken by Millennials as the largest generational group. Boomers have experienced massive amounts of political, social, and economic change during their lives. While they didn’t grow up with technology integrated into their childhoods, Boomers witnessed its introduction into everyday life, and most have adapted to incorporate it into their own.

Generally, Baby Boomers are characterized as disciplined and goal-centered, possessing a strong work ethic. They tend to be more financially stable than younger generations and less influenced by what others think of them, as they’re experienced enough to feel stable in their decision and convictions.

Baby Boomers don’t impulse buy nearly as much as the younger generations, preferring to consider and compare their options carefully—especially when making online purchases. Strategies that attempt to persuade or trick them into making quick purchases will fall flat with Boomers.

Boomers also want to understand what they’re buying. They’re willing to do their research on your product or service, so make that information clear and easily accessible. Like Generation X, Boomers have a high trend of brand loyalty; prove to them your product is worth it, and they’ll likely stick with you.

Video content does especially well with Boomers—not fast-paced, quick-sell videos, though. They prefer informative content that clearly spells out the function, benefits, and price of your product.

Finally, the time has come to break out your more formal copy. While Millennials and Gen Z may appreciate short and snappy pitches, Boomers typically don’t mind reading. Because they do their research before buying, they’ll check out all the information on your product. Keep your language clear and concise, and avoid alienating them with informal slang they may or may not understand.

Additionally, stay away from calling Boomers “elderly” or “old,” or worse, implying they’re the generation that’s “on the way out.” Boomers are still extremely active—physically and economically—so if anything, appeal to their desire for meaningful experiences.

Don’t underestimate Baby Boomers’ tech savviness. 68% of the generation has a smartphone, though many prefer to use desktop or laptop computers to browse the web. Boomers often make online purchases, the frequency of which only stands to increase in the wake of the pandemic.

Baby Boomers are most active on Facebook, making it a great platform to connect with your Boomer customer base. That said, be wary of targeting ads—some Boomers see this as a major invasion of privacy.